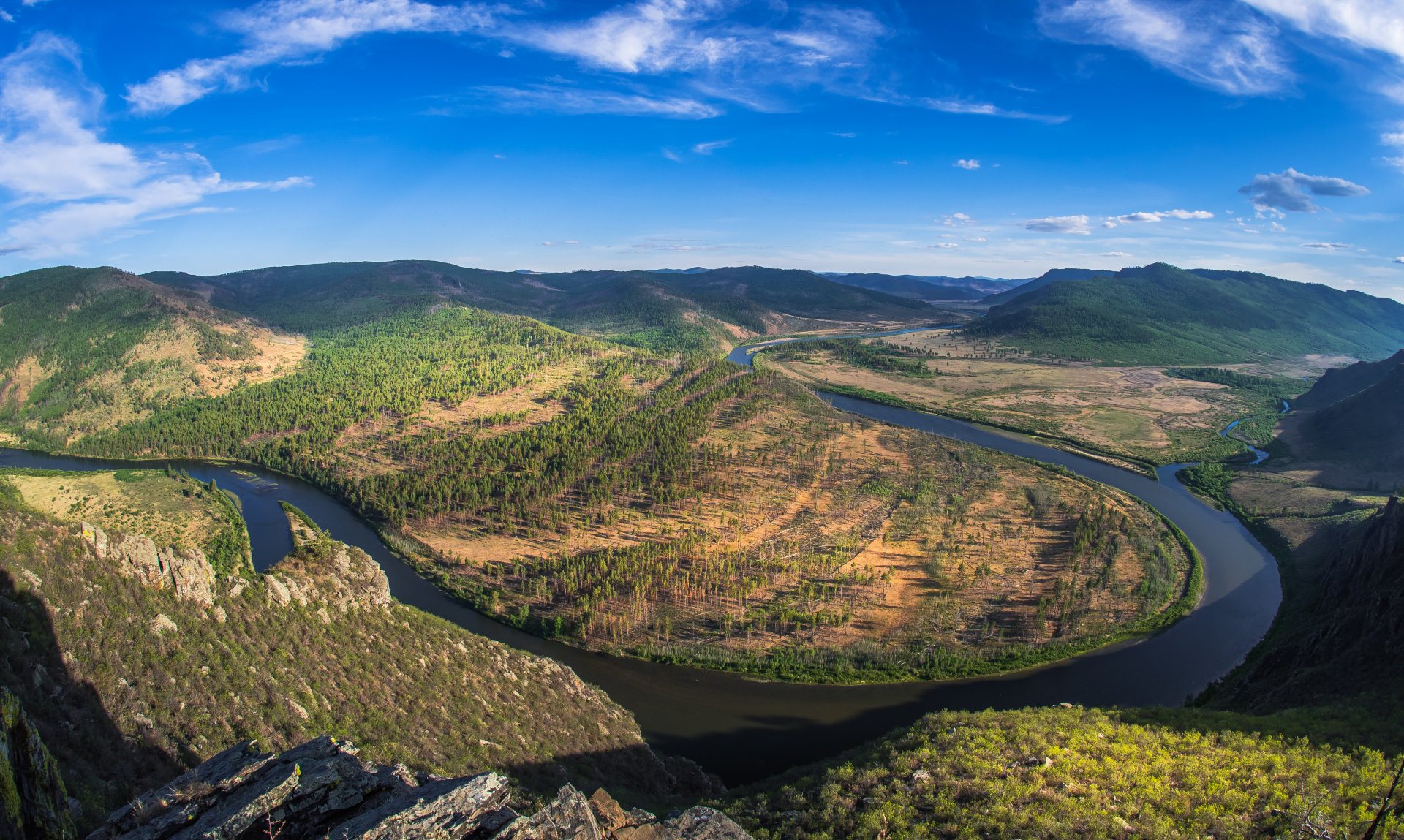 This is the native land of Genghis Khan and contains many important historical and cultural sites. The park is landscape of transition from Siberian taiga forest to grass steppe. Khan Khentii Mountain National Park is one of the Mongolian natural and historical treasures, declared by UNESCO as world heritage site. Khan Khentii is covered with forests, taiga, and mountain forest steppe. The Khan Khentii Strictly Protected Area is located in the Khentii Mountains uul (including territory of Batshireet and Umnudelger sum of Khentii province, Mungunmorit, Batsumber and Erdene sum of Tuv province, Mandal and Eroo sum of Selenge province) and covers 12,270km2. The highest point of Khentii mountains is the peak of Asraltkhairkhan Mountain at 2,799.3m above sea level. Tuul, Kharaa, Eroo, Minj, Onon, Eg, Kherlen rivers and their tributaries run along the area, part of which is the Arctic Ocean basin and the other in the Pacific Ocean Basin. Fresh lakes are abundant. There are hot and cold springs with many healing medicines, such as Onon, Minj, Eroo, Zuu, Barkh and Zuu.

Deluun-Boldog, or Delun-Boldog is a site located in Dadal sum, Khentii province that is considered to be the birthplace of Genghis Khan.  It’s a magnificent area of lakes, rivers and forests. There are two monuments dedicated to Chinggis Khan. One is a large rock in Deluun Boldog with an inscription in old Mongol script marking the birthplace of the Great Khan. The other monument was inaugurated in 1962 to commemorate the 800th anniversary of Chinggis Khan’s birth.