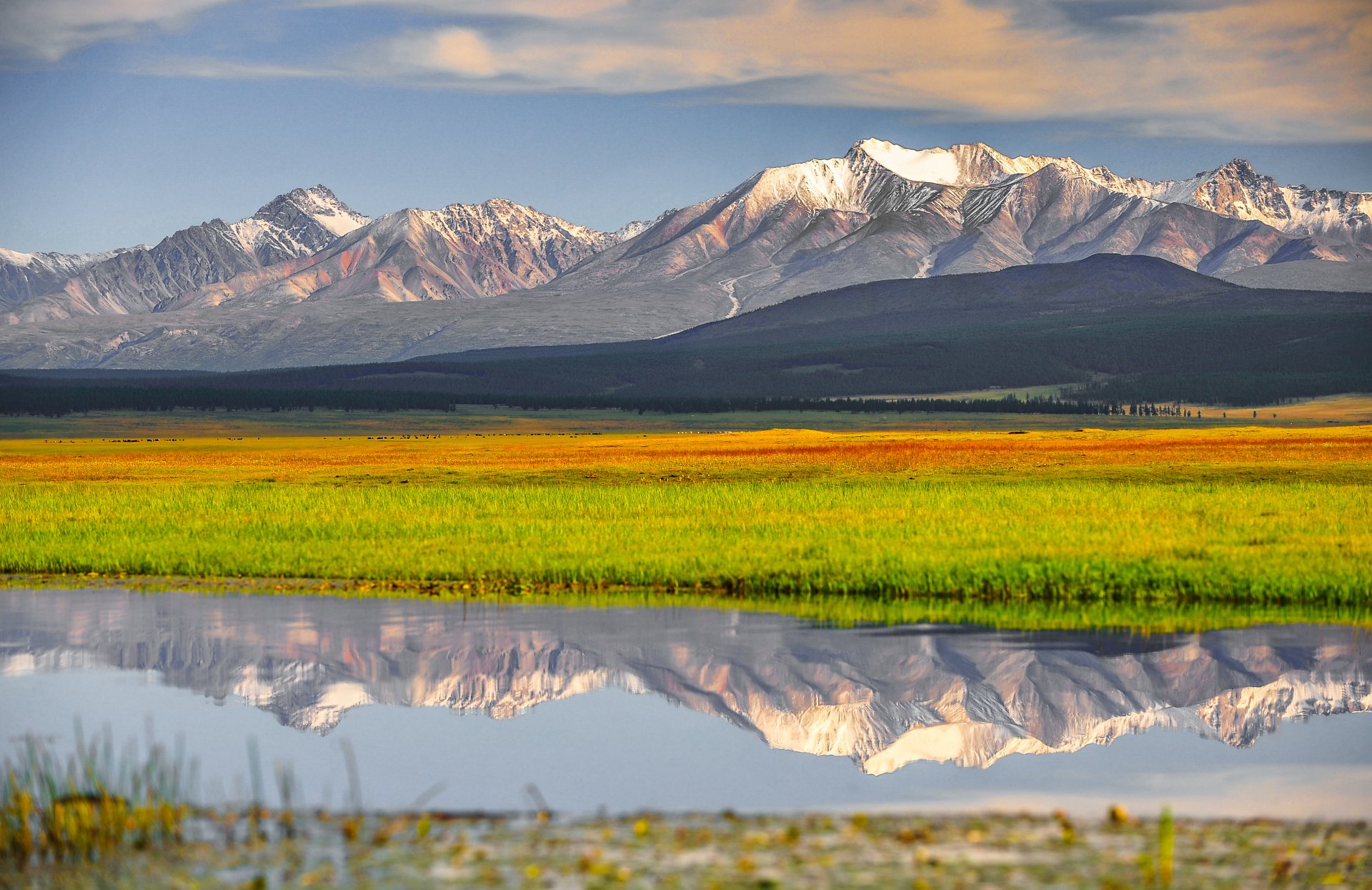 Khuvsgul Lake is located in the northwest of Mongolia near the border to Russia. It is 1,645 m above sea level, 136 km long and 262 m deep. Khuvsgul lake is one of the 17 ancient lakes worldwide and being more than 2 million years old. It has long been regarded as “Blue Pearl of Mongolia”.  It is the second-most voluminous freshwater lake in Asia, and holds almost 70% of Mongolia's fresh water and 0.4% of all the fresh water in the world.  It gets drained at the south end by the Egiin Gol, which connects to the Selenge and ultimately into Lake Baikal. In between, the water travels a distance of more than 1,000 km, and a height difference of 1,169 m, although the line-of-sight distance is only about 200 km. They are called sister lakes. The surface of the lake freezes over completely in winter.  The lake and its pristine surroundings are protected in the Lake Khuvsgul National Park, home to a variety of wildlife such as ibex, argali, elk, wolf, musk deer, brown bear, moose, and sable.

Ulaan Taiga (Red taiga) is a mountain range in the northwestern Khuvsgul province, between the Darkhad Valley and Mongolia's border with Tuva, Russia. The range covers parts of the Ulaan-Uul, Tsagaannuur and Bayanzurkh sums. Notable peaks include Mt. Lam Taiga (2619m) and Mt. Belchir (3351m). The Shishged River and the Delgermurun have their sources in this area.

The area is the unique combination of surface and landscape, ecosystem representation, place of rare, endangered animals and plants, one of the largest ancient glacial centers and A part of the area along the border with Tuva has been put under natural protection.