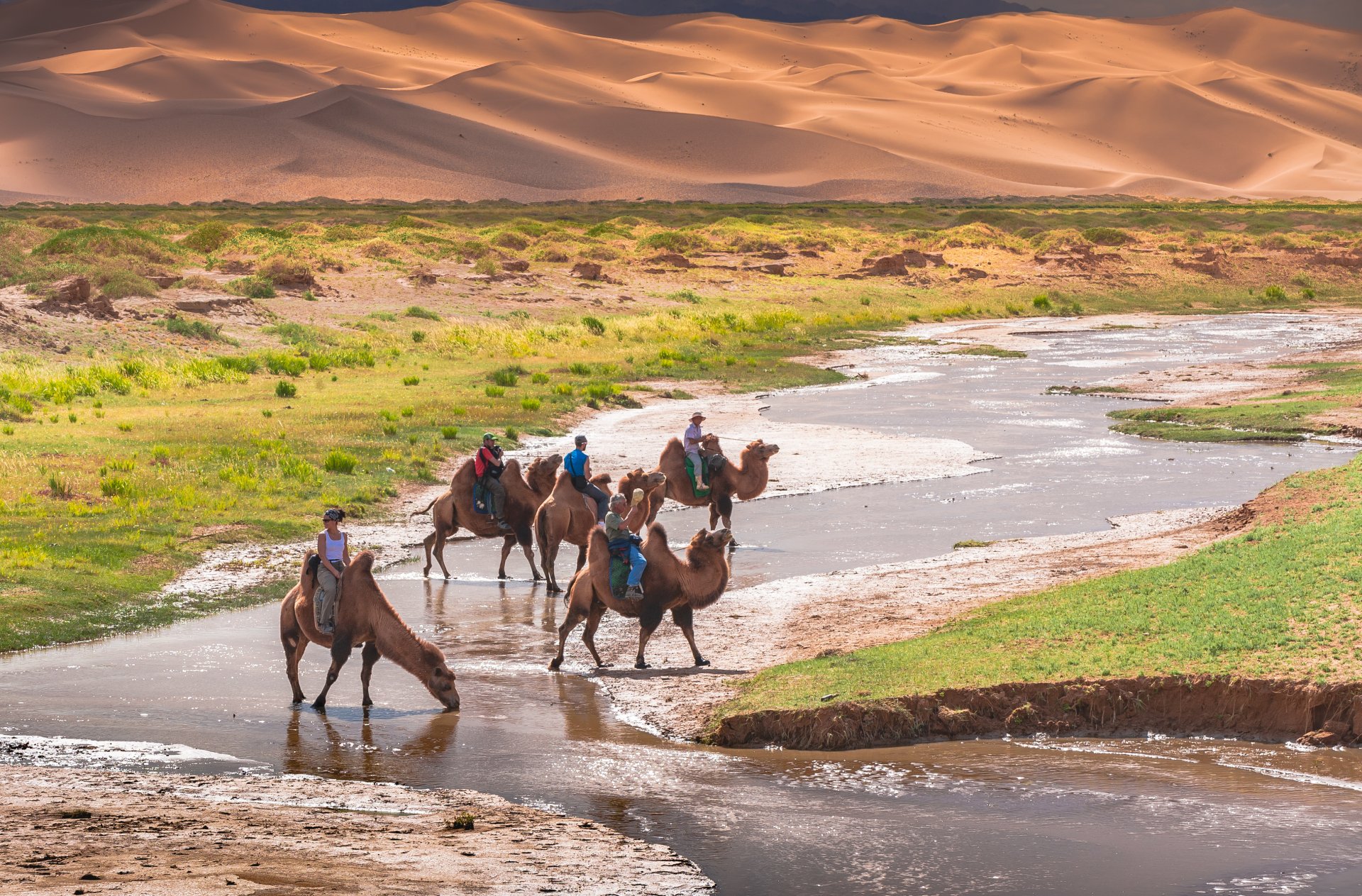 Baga gazriin chuluu- located in center of Dundgobi province, 230km from Ulaanbaatar. The highest peak is Tavilgiin canyon, 1768 meters above sea level. This granite stone-mountain is 15km long, 10km wide and looks like erected. large herds of Argali and ibex, and gazelles are on the back of the mountain. There are many interesting places, such as the Jargalant Cave, the Eye treatment spring, the ruins of Lovonchamba monastery and about 200 ancient graves.

Yolyn Am (lammergeyer Valley) is a deep and narrow gorge in the Gurvan Saikhan Mountain of southern Mongolia. The valley is named after the Lammergeyer, which is called Yol in Mongolian.

Strictly Protected Area is 64 square kilometers and located 2800 meters above sea level. River flows through the gorge and in the winter the ice field reaches several meters thick. The ice has been throughout the year, however, due to global warming over the last few years, most of the ice melts.

Bayanzag means “rich in saxaul”. It is located about 100 km (62,14 miles) at the northwest of Dalanzadgad.  Also known as Flamming cliff, because Bayanzag's red clay soil looks like a red burning fire at the sun set. Flamming cliff named by Roy Andrew Chapman American explorer, who had visited Mongolia in 1920. During the 2 years he searched through the Mongolian Gobi Desert and he found Dinosaur fossils from Bayanzag, Nemekht Mountain.